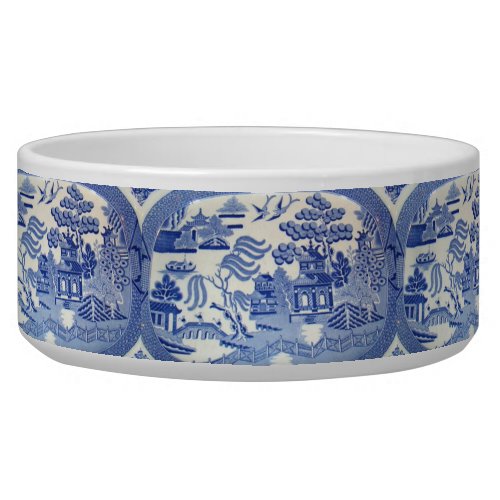 Be reminded of your mom's or grand mom's china and feel cozy when you look at your iPhone 6 case. It actually looks like porcelain when printed on the surface of the case. Willow, or Blue Willow China: This marvelous blue and white china, designed in England in 1790 after a Chinese model that has outsold all other China to date, is found either by the piece or cabinet load in pantries all over the US and UK, brings back my husband's grandmother's kitchen just by glimpsing it.... Of course to generate to many strong memories, there has to be a good story behind it. From the Wiki's: In order to promote sales of Minton's Willow pattern, various stories were invented based on the elements of the design. The teller narrates the tale while pointing to various designs on the plate. The story is English in origin, and has no links to China The Romantic Fable: Once there was a wealthy Mandarin, who had a beautiful daughter (Koong-se). She had fallen in love with her father's humble accounting assistant (Chang), angering her father (it was inappropriate for them to marry due to their difference in social class). He dismissed the young man and built a high fence around his house to keep the lovers apart. The Mandarin was planning for his daughter to marry a powerful Duke. The Duke arrived by boat to claim his bride, bearing a box of jewels as a gift. The wedding was to take place on the day the blossom fell from the willow tree.....I leave you to buy the pattern to learn the ending....In addition, this marketing driven tale had spin-offs in other media â€“ a China Pattern with sub rights. The story of the willow pattern was turned into a comic opera in 1901 called The Willow Pattern. It was also told in a 1914 silent film called Story of the Willow Pattern. Robert van Gulik also used some of the ideas in his Chinese detective novel The Willow Pattern. Best of all it is the China used on the Munster's TV Set, Andy Griffith, and more in character, Murder She Wrote.